Skip to content
https://www.theglobeandmail.com/opinion/article-perfectionism-isnt-a-super-power-its-a-mental-health-risk/
Scott Stirrett
Contributed to The Globe and Mail
Published April 30, 2021 Updated May 6, 2021

Scott Stirrett is founder and CEO of Venture for Canada, a charity that fosters entrepreneurial skills in young Canadians.

While attending university, I became obsessed with productivity, sleeping overnight in the library, in order to balance course work, extracurricular activities and a part-time job. Eventually, I experienced a breakdown as the sheer exhaustion of trying so desperately to be perfect overwhelmed me.

Perfectionism is an increasingly severe public health issue that we need to take seriously. According to the American Psychological Association, perfectionism is “the tendency to demand of others or of oneself an extremely high or even flawless level of performance, in excess of what is required by the situation.”

Perfectionism can be debilitating. Some of the symptoms include procrastination and sensitivity to criticism. Perfectionists are so afraid of failure that they never get started on projects or take far too much time completing tasks. They are also more fragile in the face of challenges. If one expects perfection, minor setbacks can be completely destabilizing.

Rather than being a superpower, perfectionism is associated with “depression, anxiety disorders, obsessive‐compulsive disorder and eating disorders.” Perfectionists ruminate about their deficiencies, concentrate on what could have been, and are often beset by shame and guilt. Many may think they are fundamentally flawed or broken, and the only way they can redeem themselves is through striving for perfection. According to Sarah Egan, a senior research fellow at Curtin University in Australia, “the higher the perfectionism is, the more psychological disorders you’re going to suffer.”

Regrettably, society has normalized wearing the badge of perfectionism as an honour. Ironically, perfectionists are less successful and productive as they focus their attention on energy-draining behaviours. Embracing perfectionism will not only lead to unhappiness, but it will actually decrease the quality of your work.

Perfectionism is not the same thing as being ambitious. Healthy strivers are constantly looking to improve but recognize that perfection is unattainable and are driven by achievement rather than the fear of failure. They are resilient, set realistic goals, embrace feedback, and focus on the journey and outcome. As a society, we must encourage healthy striving over perfectionism.

Mr. Curran and Mr. Hill theorize that “the emergence of neo-liberalism and competitive individualism, the rise of the doctrine of meritocracy, and increasingly anxious and controlling parental practices” are to blame for the rise of perfectionism. They observe that “American, Canadian and British cultures have become more individualistic, materialistic and socially antagonistic, with young people now facing more competitive environments, more unrealistic expectations and more anxious and controlling parents than generations before.”

Forty years ago, Don Hamachek wrote that “[perfectionists] may over-value performance and undervalue the self.” As a society, we need to focus more on living and less on achieving. An individual is not the sum of their accomplishments. As psychologist Paula Freedman observes, “overcoming perfectionism also means acknowledging the negative consequences of constantly striving for unrealistic standards.” All that time spent trying to be perfect can make your life miserable by damaging your health and relationships with others.

Throughout my life, I have struggled with perfectionism. While attending a competitive high school, I first developed perfectionism and often slept only five hours a night to have more time to study. During the COVID-19 pandemic, when I felt the need to be productive all the time, I finally realized that I have a perfectionism problem. I have benefited from speaking with others about this topic and am devoting significant effort to unlearn my perfectionist behaviours.

In my work at Venture for Canada, where we support thousands of young people to launch their careers, I see firsthand how perfectionism is increasingly sabotaging the next generation of Canadians. There needs to be significantly more awareness amongst educators, parents and young people about the causes and consequences of perfectionism. We need to teach the next generation that failure is okay, that perfection is unattainable and that self-compassion is essential.

To err is human, and we are all flawed in different ways. Instead of being viewed as a desirable attribute, perfectionism needs to be understood as a significant mental health risk.

Keep your Opinions sharp and informed. Get the Opinion newsletter. Sign up today.

Perfectionism: Too much of a good thing
March 10, 2008
How to practise healthy perfectionism
December 2, 2011 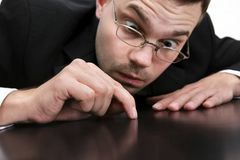 How to cure automotive perfectionism in five easy steps*
December 2, 2010